The Cross River Rail is Queensland’s largest infrastructure project spanning 10.2 kilometres of rail line including 5.9 kilometres of twin tunnels under the Brisbane River and CBD. The current rail network is already nearing capacity and is constrained by a single river crossing and just four inner-city stations, causing the bottleneck that limits the ability to run more trains. In addition to addressing this problem, the project is expected to improve quality of life, generate thousands of jobs, activate urban development across the whole region, and help the economy keep growing. It has also been a great opportunity for state and local government to work in partnership with private industry to meet the needs of a very broad range of stakeholders.

The Department of Natural Resources, Mines and Energy (DNRME) are Queensland’s lead agency for spatial information. Land and Spatial Information is responsible for acquiring, creating and maintaining foundation spatial datasets, including imagery (aerial, drone and satellite) and elevation (including raw .las, digital elevation models and contours). The Cross River Rail project had an immediate need for a data set to support stakeholder engagement, simulations, community consultation and project planning activities. Being one of Queensland Government’s highest priorities, the required datasets were to be of the highest quality. The final product had to be free from cloud, smoke, haze, cloud shadow and processing distortions. As part of the project, Aerometrex delivered normal resolution & high-resolution 3D mesh models, in addition to a 2D orthophoto derived from the capture and metadata for each deliverable.

Through its “Project DNA”, which stands for “Digital Network Approach”, the Cross River Rail Delivery Authority (CRRDA) made a commitment to put digital modelling at the centre of everything it does. Step one of that process was to work with the government to obtain a detailed 3D model of the full length and breadth of the core project rail line, tunnel and stations. 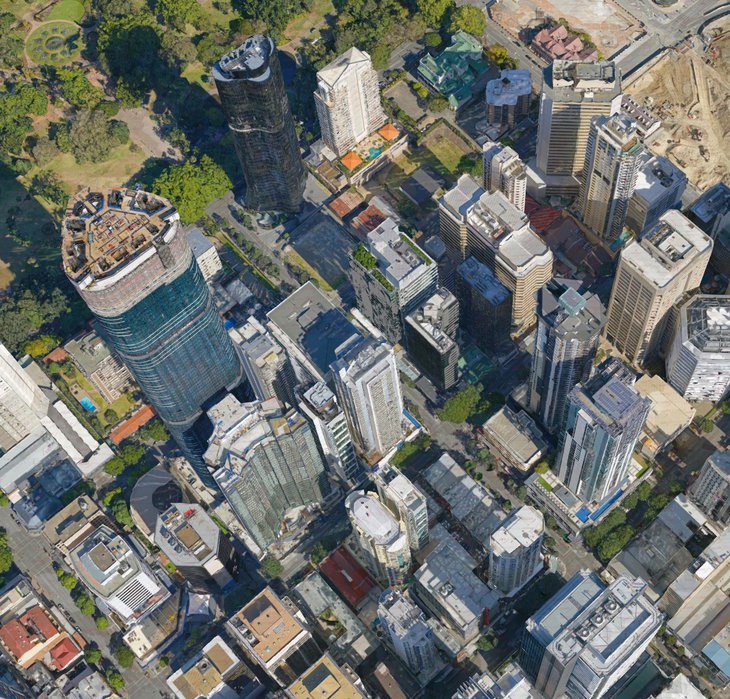 According to Peter Quick, Director, Program Controls of CRRDA, “The surrounding digital environment needs to be at a similar quality to the infrastructure being modelled. Driving multiple 3D model design iterations (BIM, geospatial, gamified/immersive etc.) off a single Common Data Environment meant that all areas of the model needed to progress at a similar pace, and we needed a strong/detailed 3D photogrammetry layer to complement these design iterations.”

Aerometrex delivered high resolution 3D mesh models with an accuracy of +/- 5cm in late 2018 that have been used throughout the project phases and will be updated as the project moves through its life cycle. The company worked closely with the DNRME as well as private partners such as V2i Group, who worked on delivering the vast amounts of spatial data via a gaming engine to allow real-time performance and ease of use by anyone.

The CRRDA project really was a first of its kind in Australia where BIM, GIS and 3D modelling have been fully integrated on a major infrastructure project and across multiple use cases. A key learning that has been stated by the CRRDA team, is to acquire the 3D modelling early, so it can be used consistently across the project lifecycle and not just as a sales and marketing tool for the project. These lessons have now been taken on board and used for similar projects across the state.

Project DNA and the 3D modelling shall continue to support stakeholder engagement, investment attraction, community consultation, simulations, and project planning activities. It shall enable collaboration via 3D visualization through to real time operations and maintenance. An example of this is the Cross River Rail Experience Centre which is a very popular space where the Delivery Authority can meet with community representatives and groups, deliver a school engagement program, host stakeholder information sessions and assist their engineers with ongoing design and delivery of the project’s future tunnels and stations.

A combination of the 3D layers and gamification allows you to literally walk around the model before it gets built and make decisions using visualisation – decisions linked to crowd movement, disability access, etc. Using the 3D model and time lapse, you can visualize the development over time and bring the project to life; you can see what the final product will look like and where the project currently stands.